My lab has been using AffiPro columns for HDX-MS since they became available.

The AffiPro column portfolio has provided us with a wide range of different protease options with outstanding reproducibility, as well as reliable, long-term performance.

AffiPro s.r.o and Waters Technologies Corporation have entered into a joint co-marketing and co-promotion agreement. This mutual partnership provides both companies with sharing of marketing collateral and other promotional materials for distribution to their commercial teams and customers. The parties mutually agree to create joint promotional material in connection with their products for Hydrogen Deuterium Exchange Mass Spectrometry (HDX-MS) and support each other’s development and sales activities in this area.

Optimization of protein digestion is a key step in the overall HDX experiment. Spatial resolution and complete protein sequence coverage are the crucial parameters necessary for obtaining useful structural information.

The selection of protease column or their combination together with smart choice of denaturant agents and flow rate boosts digestion performance and allows to achieve full coverage of the protein sequence with many overlapping peptides. 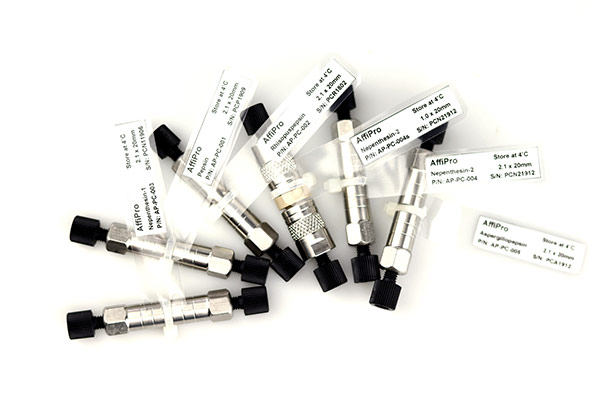 Product is under final development.

The chips are compatible with all vacuum MALDI ion sources irrespective of the pressure regime and the ion optics design. The technology is not limited to MALDI-TOF instruments but can be used with a wide range of MALDI equipped mass spectrometers including FTICR, QTOF or ion trap. 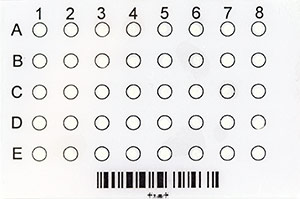 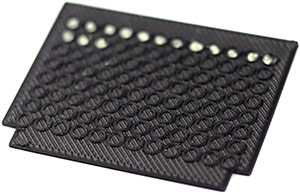 The Hebrew University of Jerusalem

University of Texas at Austin

Petr Pompach obtained PhD in biochemistry from the Charles University in Prague, Cech Republic and completed postdoctoral training at the Georgetown University in Washington, D.C., where he studied glycoproteins in HCC patients by mass spectrometry in the group of Rado Goldman at the Department of Oncology. Currently, Petr is head of the Structural mass spectrometry core facility in BioCev, Vestec, Czech Republic. He is a member of the executive board of the Czech Society for Mass Spectrometry. Petr is author of more than 50 scientific articles and several EU and US patents. He co-developed the technologies used by AffiPro. His scientific interests are in mass spectrometry techniques for structural biology, proteomics and glycomics and in omics sample preparation. He also works on the technology for surface modification by reactive ion landing under atmospheric pressure. This technology was successfully used for enrichment of clinically important antigens from human serum followed by MALDI mass spectrometric detection, for the enrichment of glycans/glycopeptides by lectin chips, phosphorpeptides by titanium/zirconium dioxide chips and for on the plate in-situ digestion of proteins by different types of protease chips.

Petr Novak received PhD in biochemistry from the Charles University in Prague, Czech Republic. His early focus included mass spectrometry-based proteomics and characterization of proteins and their post-translational modifications. Since his postdoctoral stay at Sandia National Laboratories, Livermore, California – where he worked with Prof. Irvine Kuntz (Department of Pharmacy, UCSF) and Dr. Gary Kruppa (Bruker Daltonics) – he changed the direction towards mass spectrometry based structural biology (protein covalent modification and chemical cross-linking). In this area he works on the application of structural mass spectrometric techniques for elucidation of protein interactions and conformational changes. After returning to Prague from California he was first the lead scientist of the mass spectrometry section of the Department of Molecular Structure Characterization at the Institute of Microbiology in Prague. Currently he is the head of the Laboratory of Structural Biology and Cell Signaling at BioCev in Vestec, Czech Republic. Part of his research is also dedicated to methodological development which includes design of protein chips for clinical diagnostics, design of novel cross-linking reagents and software for mass spectrometric data interpretation. Petr is author of approximately 140 scientific articles and several patents. He teaches Molecular biology and genetics, and Proteomics classes at the Faculty of Science of the Charles University and served as an advisor for more than 20 diploma or PhD students. One of his personal goals is to contribute to establishing hub of new biotechnology start-ups in the south Prague metropolitan area, around the life science institutes of the Czech Academy of Sciences.

Michael Volny received PhD in chemistry from the University of Washington in Seattle in the group of Frank Turecek and postdoctoral training from R. Graham Cooks at Purdue University in Indiana. During his postdoc he obtained the prestigious European Marie Currie Fellowship, which he utilized to spend three years at the Institute of Microbiology in Prague. After the completion of the MC fellowship he returned to the University of Washington and was a senior scientist and PI at the Applied Physics Lab and School of Pharmacy Mass Spectrometry Center. Due to personal reasons, he moved to California in 2014 and since then he has worked for different small and large companies in the Bay area. He published more than 40 articles and several patents, served on the board of the Czech Society for Mass Spectrometry and was adviser for 2 graduate students. He likes the Cascade Mountain Range in the Pacific Northwest, Peter Sellers’ movies, unambiguous mass spectra, and historical instruments. He dislikes HILIC separations, data sets larger than life, traveling to LA, and HC Kometa Brno.